Domino Park begins the next chapter of the Williamsburg waterfront. Named after the redeveloped Domino Sugar Refinery, the 5-acre park provides public greenspace along the East River for the first time in 160 years. The site’s industrial history is showcased via salvaged elements of the refinery; with a playground, fountains, and a 5-block long Artifact Walk that features cranes, syrup tanks, and original columns from the raw sugar warehouse.

In designing the lighting for Domino Park, we worked with James Corner Field Operations to re-envision the site’s history while creating an accessible, exciting atmosphere for the next generation of visitors. Originally built in 1882, the Domino Sugar Refinery bears the traces of a century and a half. Rather than use lighting to conceal its rough edges, we used color to play up the scale of the architecture, and to create a sense of drama. Cooler color temperatures push taller structures into the background, while warmer color temperatures bring more accessible, human-scale objects into the foreground, creating an inviting entry-point into the space. 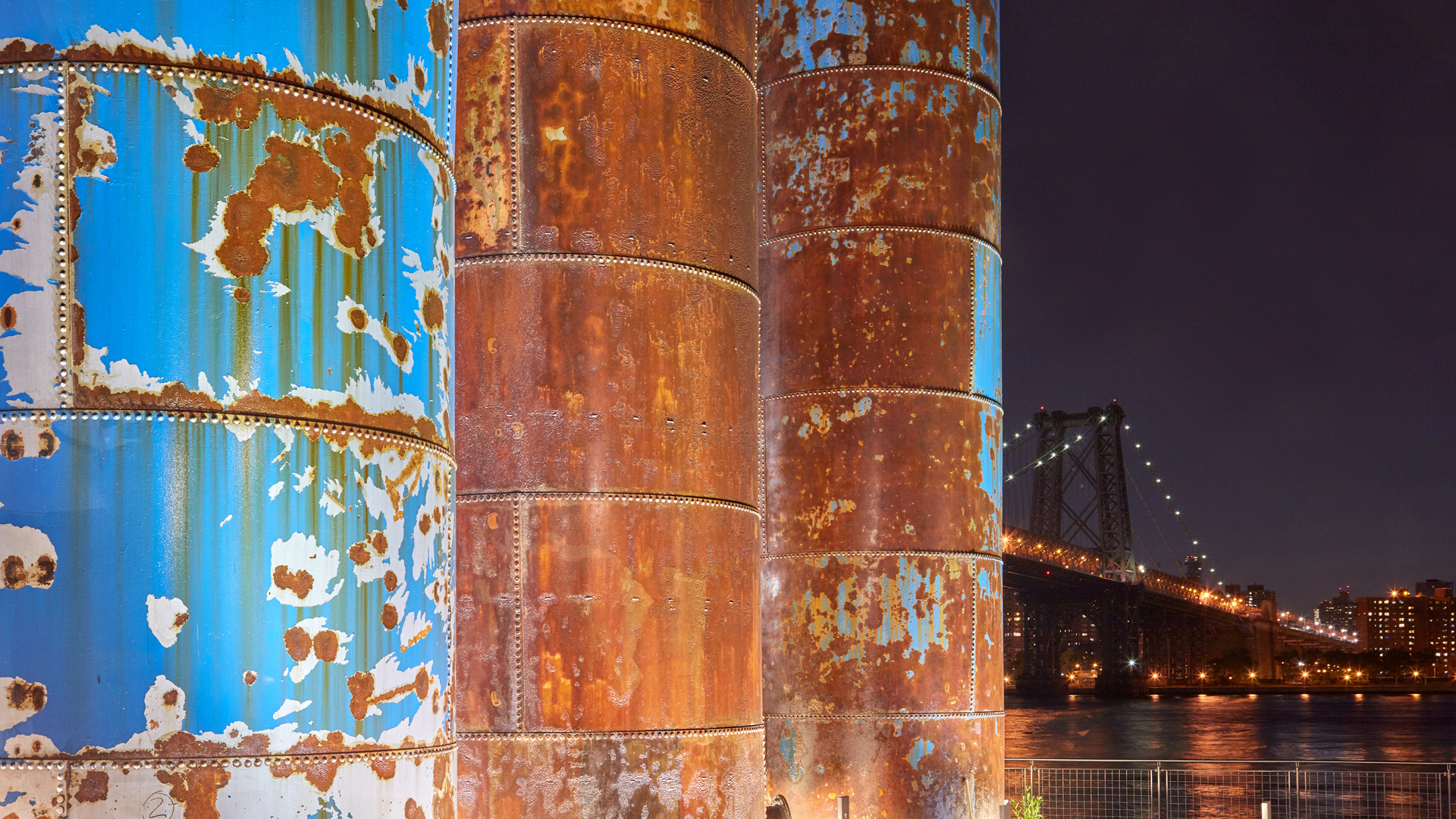 The linear expanse of Domino Park runs along the East River, boasting uninterrupted vistas of Manhattan’s skyscrapers. We lit the park to emphasize this interplay of horizontal and vertical sightlines. We placed 4000k sources within the two turquoise cranes which overlook the park. The emanating light amplifies the rhythm of shadow and material, creating an unexpected complement to the iconic skyline across the water. Atop the elevated Artifact Walk, which offers perhaps the best vantage of the river, we used continuous 3000k rail lighting, and highlighting the upper portions of the columns with 3500k LED accent lights. When visitors walk along, the experience is part-industrial, part-theatrical, and completely New York. 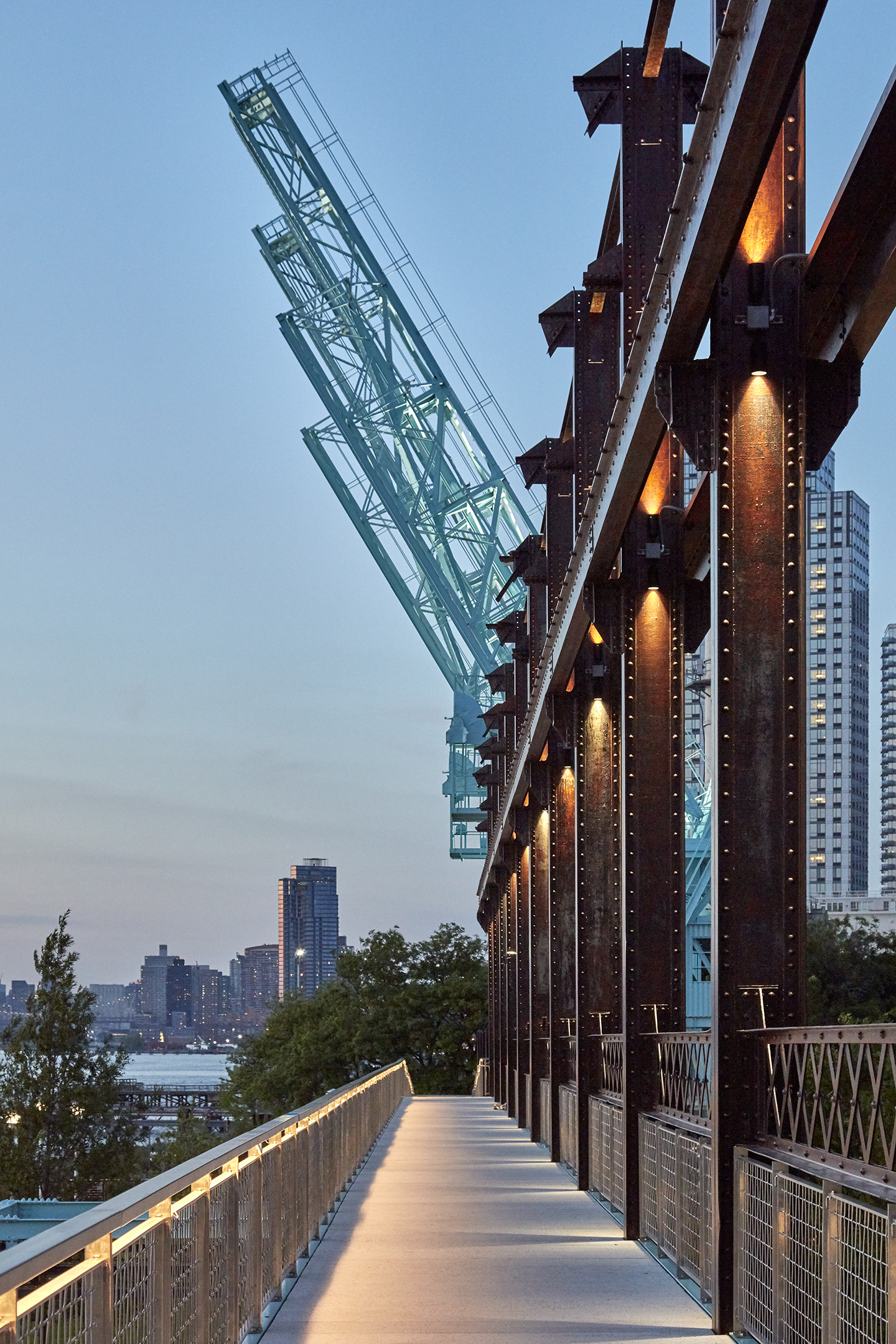 Down below, the warmer lighting of the ground level welcomes visitors to the grassy area, playground, and benches. This hospitality is a must, as the park attracts over a million people a year: sunbathers, picnickers, and children looking to escape the summer heat. Over the course of the day, the lighting shifts, but it was important to us to make it always inviting. 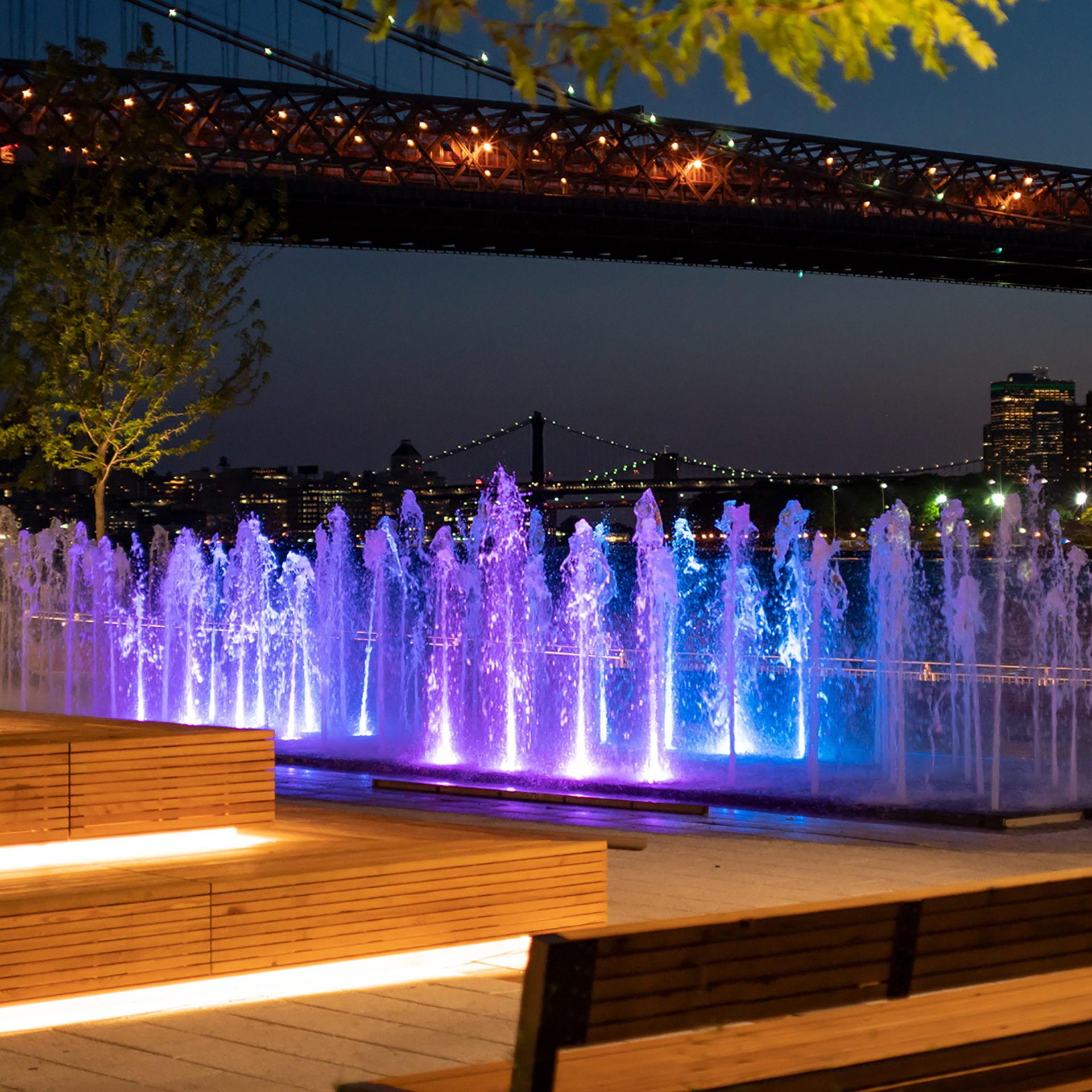 Water is an integral element of the park, both in the surrounding landscape and its architectural fountains. Set apart from the solid materials found elsewhere, the dancing water feature provides dramatic lighting energy) with color-changing light. This provides a dynamic, playful experience for those walking by, sitting on nearby benches, or—on summer days—getting wet. 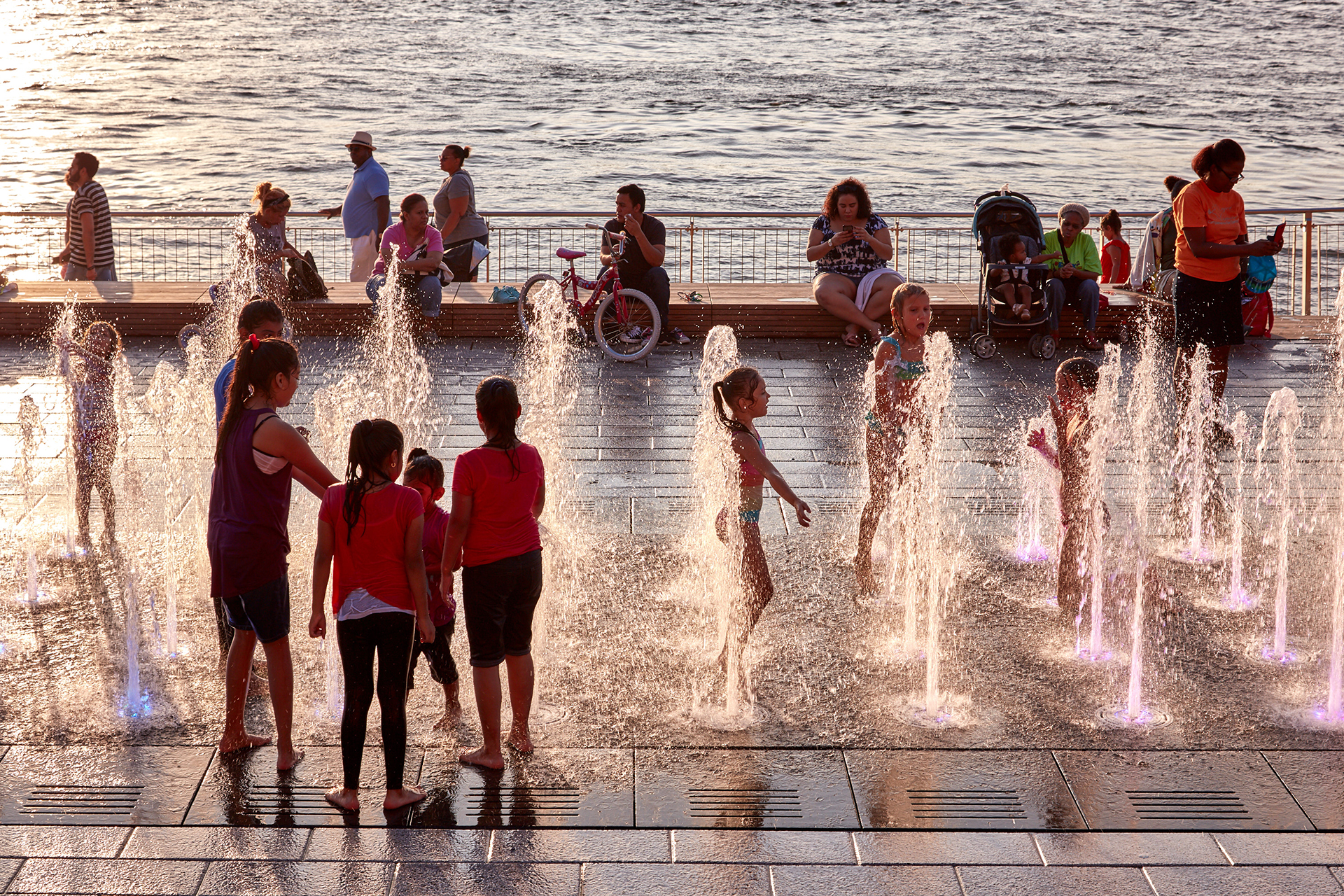 While Domino Park’s Williamsburg waterfront location is unrivaled, what makes it truly special is its long history. We chose to celebrate its past, and that of the larger community, by illuminating the industrial relics to help celebrate all that the park offers today.